Following independent paths of investigation, two research teams, one of which is a major university, announced that they successfully converted sugar into gasoline, diesel fuel, jet fuel plus a range of other valuable chemicals.

This research is derived from the theory that sugar beets produce twice as much ethanol per acre as corn and require about 40 percent less water. The process of this conversion is proprietary and requires ball valves that can seal off at temperatures of 1200°F. 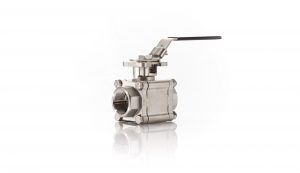 The university chose The Triad ball valve because of Triad’s reputation for quality. Also, The valves were installed in 2009 and are performing as expected to this day.

The Triad series 9150, 9300 and 66 valves are available with engineered metal seats for today’s demanding process conditions. These valves are suitable for applications with elevated temperatures and or highly abrasive conditions. A hard chrome plated 316SS or electro-less Nickle plated ball and hard faced Stellite or Alloy 6 seat is provided with these valves. Class V shut off is manufactured into all of these valves. These Valves are used for specific applications.

Special actuator mounting is designed for high temperatures which both isolates and dissipates the process heat that may otherwise cause damage to the actuator.

We’re around to help you Monday-Friday, 8am-5pm EST

We can walk through any questions you may have about your quote, job, application or installation.

Advice is free so feel free to ask.